This adult male red-shouldered hawk was hit by  a vehicle in Fall River Mills.  Many of the birds we receive  have been injured on roads.

Hawks, and other raptors, are an important part of Nature's check and balance system. One hawk or owl consumes about 1,000 rodents per year!

In 2014 we received a call about a gray fox who the finders had penned because he was blind in one eye.  Luckily for the fox, the finders let him go.  In Spring of 2016 one of our volunteers saw this fox with one blind eye with another fox, about a mile from where the call came from, surviving just fine. The laws for wildlife rehabilitation do not usually allow us to release one-eyed animals. 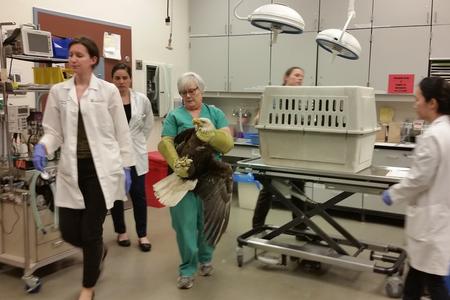 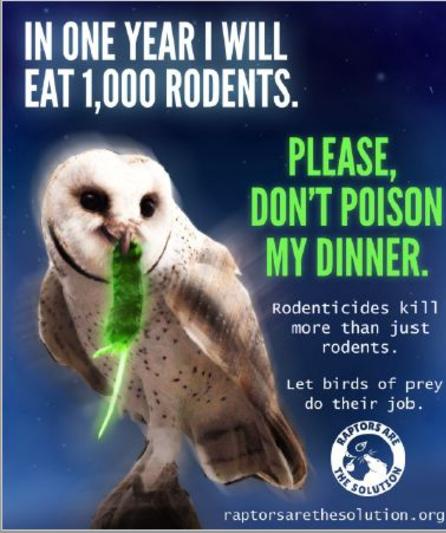 Below: This bald eagle is only 12 weeks old and weighs about 10 pounds, but this gives an idea of the size of her wingspan next to a 5'7" person.

You can help us care for injured raptors!

These red-shouldered hawk siblings, approximately a month old, fell from their nest into a roadway on a hot, record-breaking day. We try to re-nest young birds whenever possible because their parents can care for, and teach them, much better than we can. But the high heat and location of the nest made it too likely they would not survive.

This beautiful female golden eagle was rescued from Bella Vista, CA, but died of lead poisoning and starvation. This bird was found in the Fall, when lead exposure typically comes from scavenging on gut piles left from large game animals, such as deer and wild pigs, or from ground squirrels who are shot for target practice. In 2019, the ban on lead in ammunition in California went into effect. Wildlife foraging in California are still carrying sub-lethal levels of lead though, sometimes sickening and dying slowly from lead poisoning.

Rehab of a nestling Cooper's hawk

This bald eagle was found on a roadside near the town of Bieber, probably hit by a car.  A volunteer from Tehama Wildcare traveled to capture him. A Fall River Mills game warden drove him part of the way to us and we cared for him overnight. The following day we took him to the vet hospital at UC Davis. He had surgery for a broken lower mandible and had a break in his left wing. He  recuperated at the UC Davis Raptor Center.

Our Facebook page disappeared 1/2/2022 . See the "Raptor Tails" we began posting  for stories about raptors and rescues.

Here is a video of an eagle we rescued last year.

Here is our Flickr site with more photos and stories.

March 2017. We rescued a bald eagle who was shot in Red Bluff. 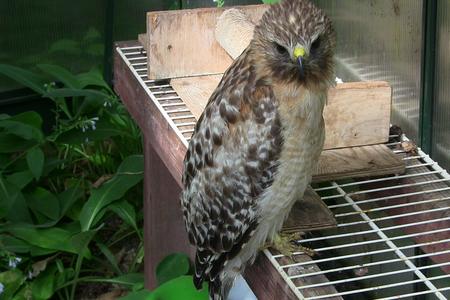 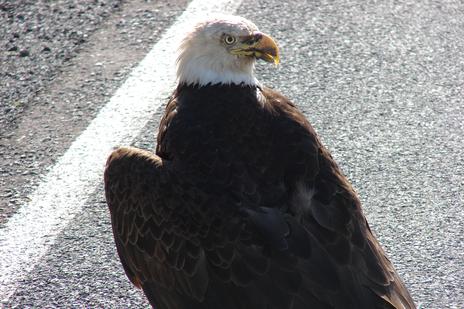 Wildlife is often poisoned by chemicals, either firsthand, or secondhand by eating another animal who has been poisoned. An excellent site with valuable information is:  raptorsarethesolution.org 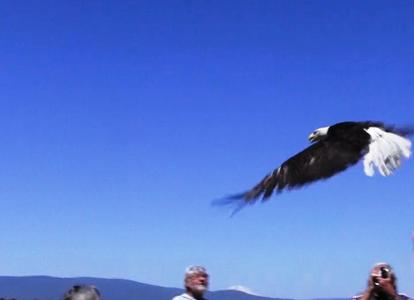 2022: New posts of stories about raptors and rescues

We imagine he is saying: "Where am I, and what am  I doing in this box?" 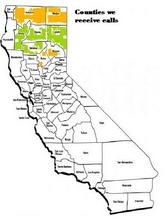 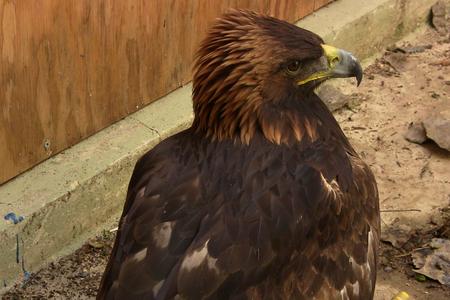 This light morph red-tail was found by the side of the road, but recovered and was able to go back home.  Light and dark  morph red-tails are a small percentage of the population.

UPDATE: Although no one thought this eagle would fly again, his wing healed and he was released! 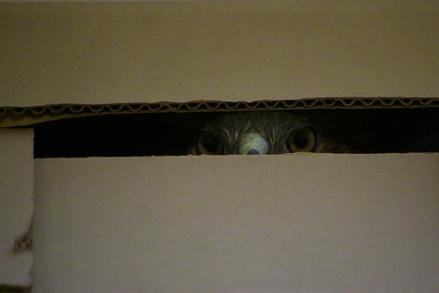 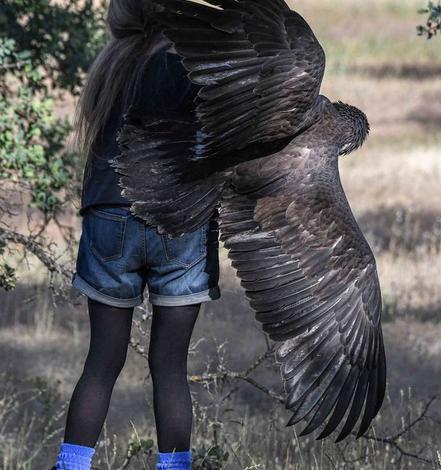 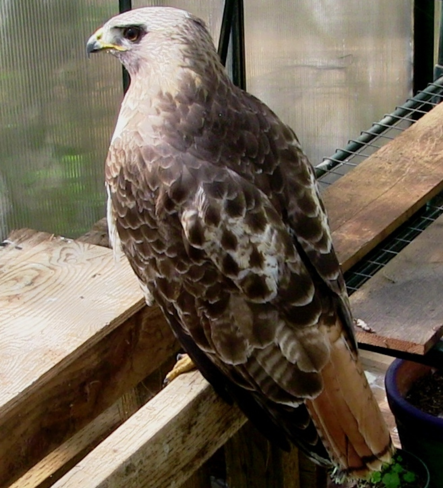 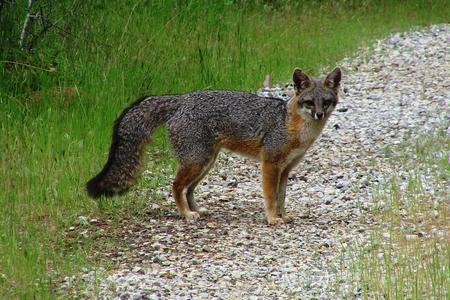 To further our mission of taking substantive action to protect the natural world, Battle Creek Alliance members began  rescuing and rehabilitating birds of prey (raptors) in 2013. We have expanded to also operate as Defiance Canyon Raptor Rescue to rescue and rehabilitate eagles, hawks,  owls, and falcons. Raptor rescue and rehabilitation is not funded by governmental agencies; generally, wildlife agencies do not perform rescues.  See the introductory video to our work here    Call (530) 474-5803 for rescue help.

People often focus on individual species, but we believe  every species is important, whether it is on a man-made list or not. Habitat fragmentation and loss have serious effects on wildlife. Raptor rescue and rehabilitation, in conjunction with our work to keep watersheds and forests intact, addresses the root causes of the problems.

Go here to find a licensed wildlife rehabilitator in California. 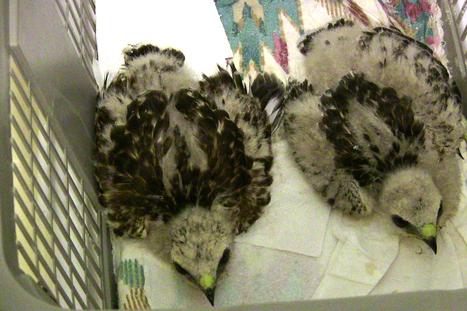 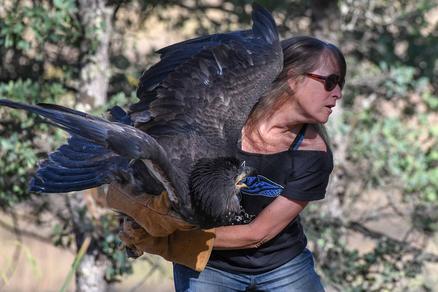