​The Sierra-Nevada, Cascade and other mountain ranges are the heart of our state's watershed system. The lakes, rivers, streams and seasonal watercourses are the veins. These watersheds supply the majority of the state's water. Without the canopy cover and root systems that mature trees provide, rainwater runs off the barren land of a clearcut, instead of replenishing the groundwater.

Snow melts earlier in the season causing the soil to dry out earlier, exposing the trees and other plants to more stress from the hotter, drier conditions, and decreasing the water supply when it is needed most. 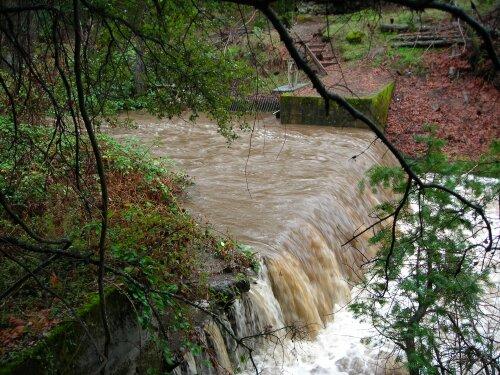 ". . .the topsoil on earth is incredibly thin and yet it supports hundreds of millions of different species that live in the very top 6 inches.
This thin skin that has given us life is greatly threatened.  As we lose biodiversity, especially with fungi, we begin to unravel
​the very food networks that have given rise to us." 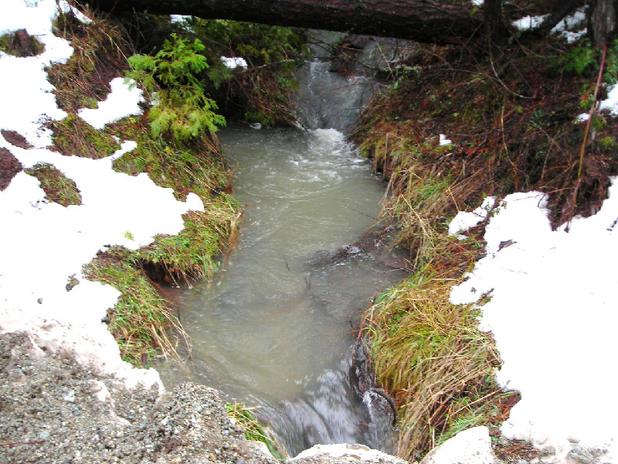 Turbidity (sedimentation) is measured in NTU units. Following are some examples of what we are finding: 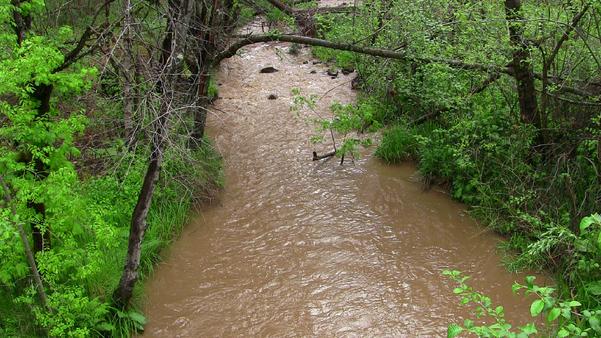 Streams near clear cuts are full of sedimentation due to lack of vegetation
​on surrounding slopes and the many miles of logging roads.

For comparison, below is water in the Jedediah Smith Redwoods State
​Park during a rainstorm (this forest has never been cut):

"...we are circling in a continuous stream of land, water, and life, and every part of it is critical to the fertility and health of the whole. Central to that flow of energy and life is the hydrologic cycle."

The headwaters of the rivers that start in the mountain ranges sustain life in California.​

Logging more will not increase water:The High Costs and Low Benefits of Attempting to Increase Water Yield by Forest Removal in the Sierra Nevada, by Jonathan Rhodes and Christopher Frissell here

The following picture was taken on 3/12/11 of Rock Creek, a tributary of Battle Creek.
​Many clearcuts were done near this creek in 2008. 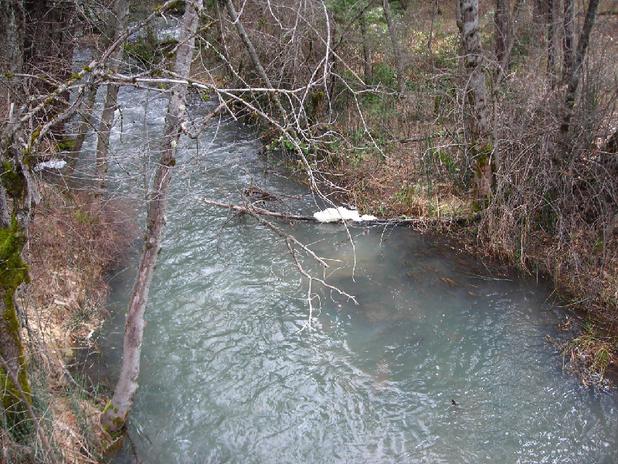 Clearcutting depletes the forest's ability to maintain watersheds. A functioning forest inhales carbon and exhales oxygen and creates topsoil.
Its root system stabilizes the soil, while the tree canopy allows water to percolate slowly through the soil to maintain the water cycle and
​protect clean water.  While wood products store a small amount of carbon, they perform none of these other functions.​ 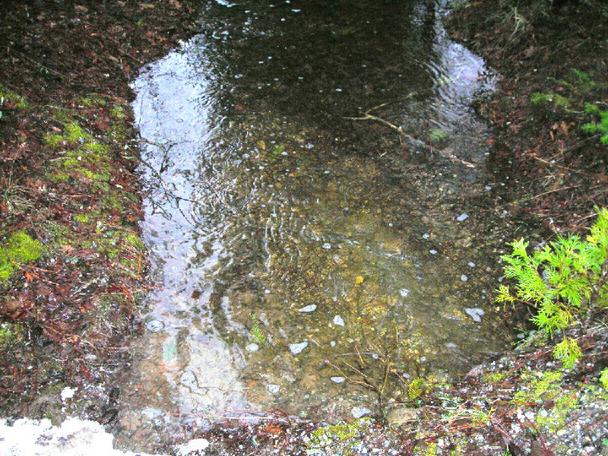 The salvage logging after the 2012 Ponderosa Fire intensified the sediment effects significantly.
​Same creek in 2014 below. 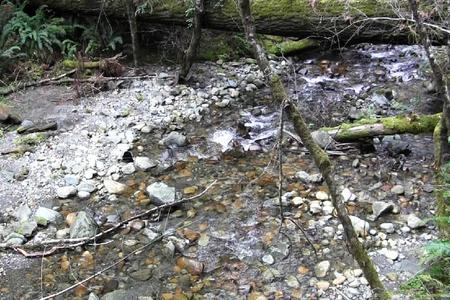 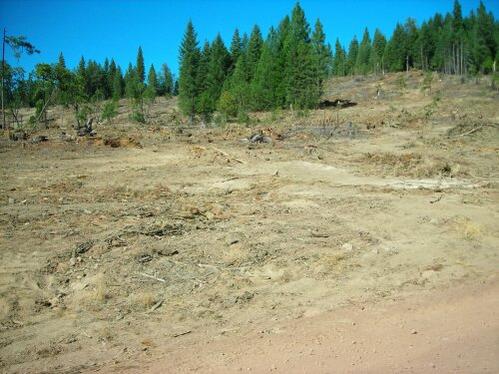