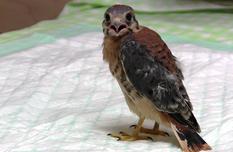 Battle Creek Alliance was able to obtain 5,000 tree seedlings from the Forest Service to give to homeowners
​whose land burned in 2005 and 2012. Volunteers also potted trees.​ 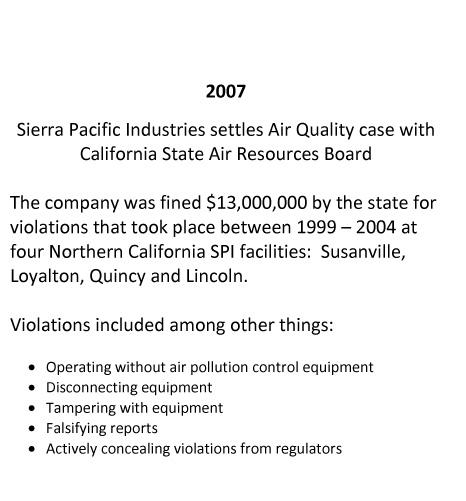 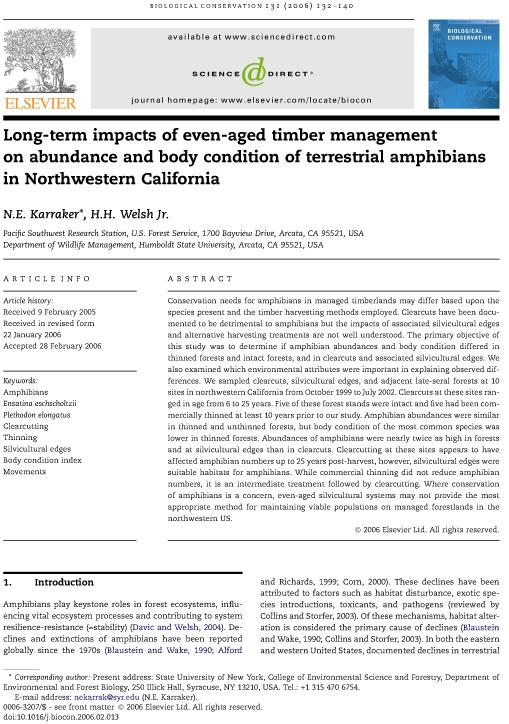 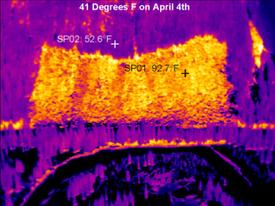 The thermal image documents that the temperature in the clearcut is significantly higher than the
temperature in ​the uncut forest and over twice the atmospheric temperature.

These infrared photos substantiate what common sense tells us:
Clearcuts are hotter than forests. 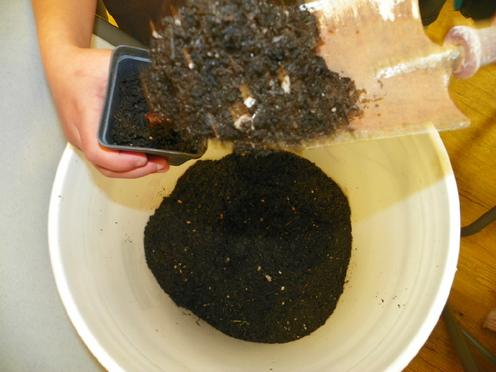 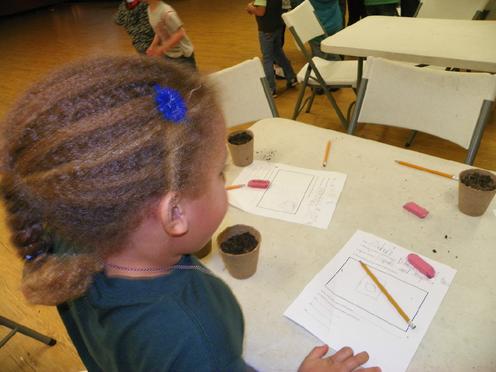 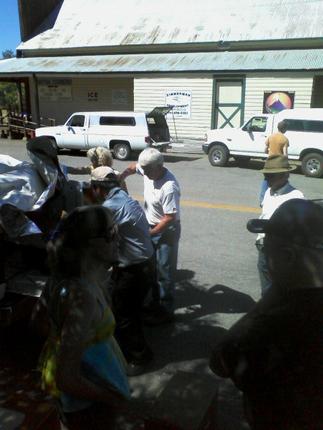 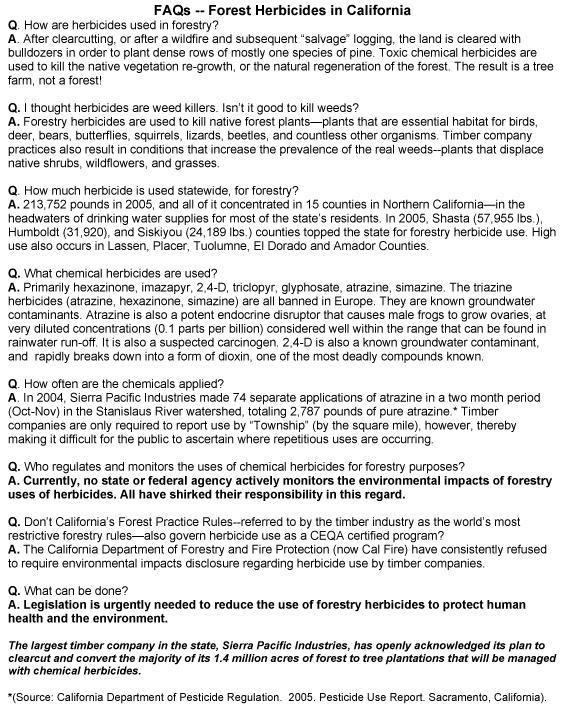 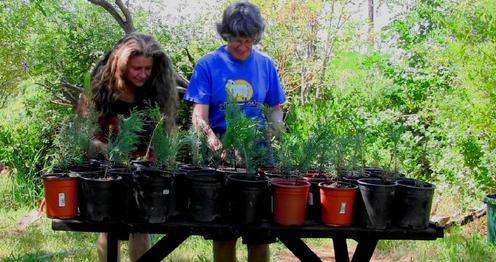 CORVALLIS, Ore. – The Biscuit Fire of 2002 burned more severely in areas that had been salvage logged and replanted, compared
to similar areas that were also burned in a 1987 fire but had been left to regenerate naturally, a new study concludes.

The analysis, one of the first to ever quantify the effect of salvage logging and replanting on future fire severity, is being
published this week in Proceedings of the National Academy of Sciences, a professional journal, by scientists from
Oregon State University and the Pacific Northwest Research Station of the USDA Forest Service.

It found that fire severity was 16 to 61 percent higher in logged and planted areas, compared to those that had burned severely
and were left alone in a fire 15 years earlier. The study was done in areas that had burned twice – once in the 1987 Silver Fire,
​and again in the massive 2002 Biscuit Fire, one of the largest forest fires in modern United States history.

Please read the entire article and post your comments on our blog
http://blog.thebattlecreekalliance.org/2009/07/14/salvage-logging-replanting-increased-biscuit-fire-severity.aspx

Overview of the toxic effects of 2,4-D
by the Sierra Club of Canada​

By Richard Black
Environment correspondent, BBC News website
http://news.bbc.co.uk/go/pr/fr/-/2/hi/science/nature/7662565.stm
​The global economy is losing more money from the disappearance of forests than through
​the current banking crisis, according to an EU-commissioned study.

It puts the annual cost of forest loss at between $2 trillion and $5 trillion. 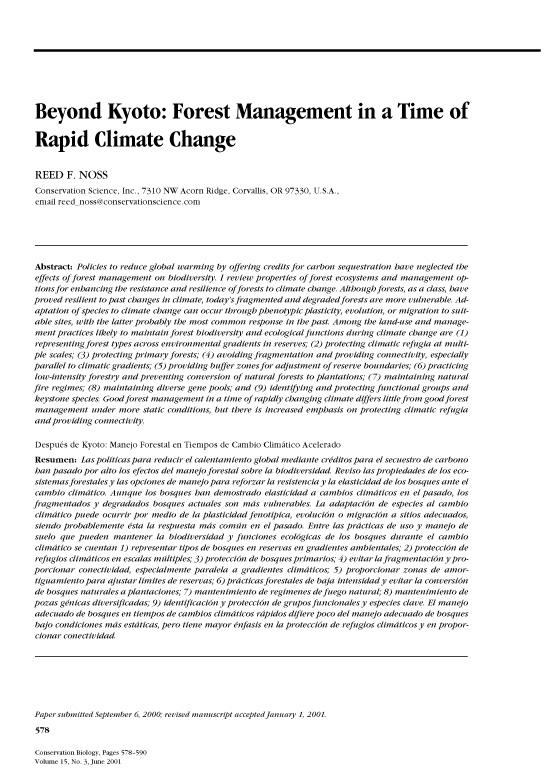 Science Daily --AUSTIN, Texas -- Half of all living bird and mammal species will be gone within 200 or 300 years,
according to a botany professor at The University of Texas at Austin.

Although the extinction of various species is a natural phenomenon, the rate of extinction occurring in today's world is exceptional --
as many as 100 to1,000 times greater than normal, Dr. Donald A. Levin said in the January-February issue of American
Scientist magazine. The co-author is Levin's son, Phillip S. Levin, a National Marine Fisheries Service biologist who is an
expert on the demography of fish, especially salmon.

Levin's column noted that on average, a distinct species of plant or animal becomes extinct every 20 minutes. Donald Levin,
who works in the section of integrative biology in the College of Natural Sciences, said research shows the rate of
current loss is highly unusual -- clearly qualifying the present period as one of the six great periods of
​mass extinction in the history of Earth.

Used in yards, farms and parks throughout the world,Rounduphas long been a top-selling weed killer. But now researchers have found that one of Roundup’s inert ingredients can kill human cells, particularly embryonic, placental and umbilical cord cells. The new findings intensify a debate about so-called “inerts” — the solvents, preservatives, surfactants and other substances that manufacturers add to pesticides. Nearly 4,000 inert ingredients are approved for use by the U.S. Environmental Protection Agency.

The state Department of Fish and Game has agreed to curtail its stocking of many California streams and lakes with
hatchery-raised fish while it does an environmental analysis of the practice. Fish stocking is one of the causes given
for a precipitous decline in native fish populations.

Two-thirds of California’s native fish species—salmon, steelhead and trout—may be extinct by the end of the century, if not sooner.

That’s the dire prediction contained in “SOS: California’s Native Fish Crisis,” a report released Nov. 19  that is based on
a two-year research study by a team of UC Davis scientists. They received support from the fish
and watershed advocacy group California Trout.

If the report proves correct, it would mean that of the 32 native salmon and trout species, only 10 or 11 would still
exist in 2100. Of those 32 species, 65 percent are found only in California. And of the state’s nine living native
​inland species, seven are in danger of extinction.

The report’s author is UC Davis professor Dr. Peter Moyle, a widely known expert on California’s water systems and the fish that inhabit them.

It’s not just the fish we should be concerned about, Moyle states. That their stocks are in unprecedented decline and teetering
toward extinction, he writes, is “an alarm bell that signals the deteriorating health of the state’s rivers and streams that
​provide drinking water to millions of Californians.” 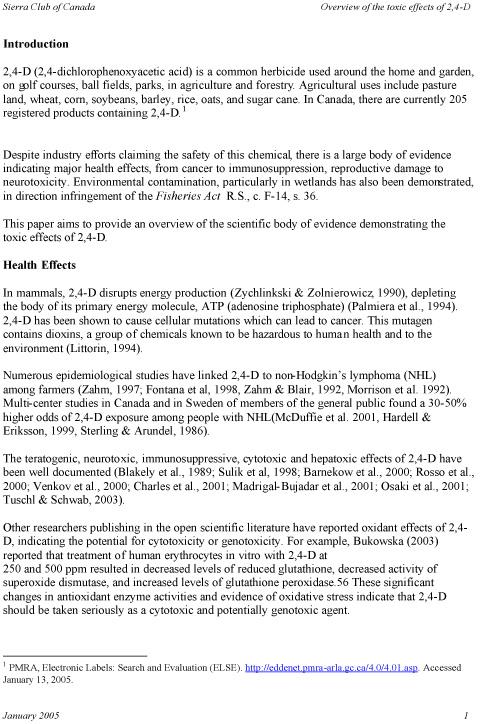 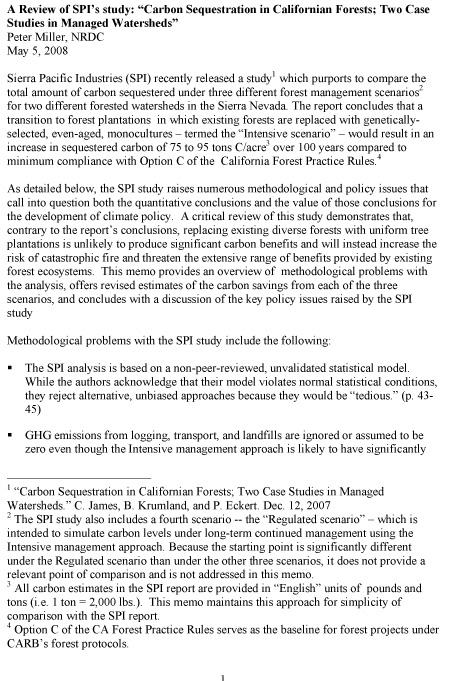 Look for pertinent links to selected scientific research on our pages also. We have reams more if you contact us.

Please read the entire article and post your comments on our blog
http://blog.thebattlecreekalliance.org/2009/07/16/water-quality-violations-issued-to-sierra-pacific-industries.aspx​ 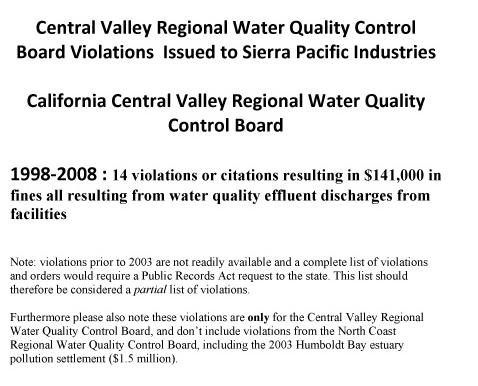 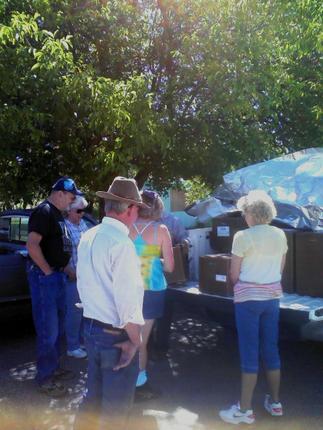 The picture on the left shows a clearcut harvest unit where all the trees and ground cover have been removed. Spot temperatures
​have been placed on the colored thermal image on the right, showing the solar impact by exposing the ground.​

Important Books to Read, Understand and Act On

Strangely Like War: The Global Assault on Forests by Derrick Jensen and George Draffan   DerrickJensen.org

Mycelium Running, How Mushrooms Can Help Save the World by Paul Stamets

The Natural Alien, Humankind and Environment, by Neil Evernden 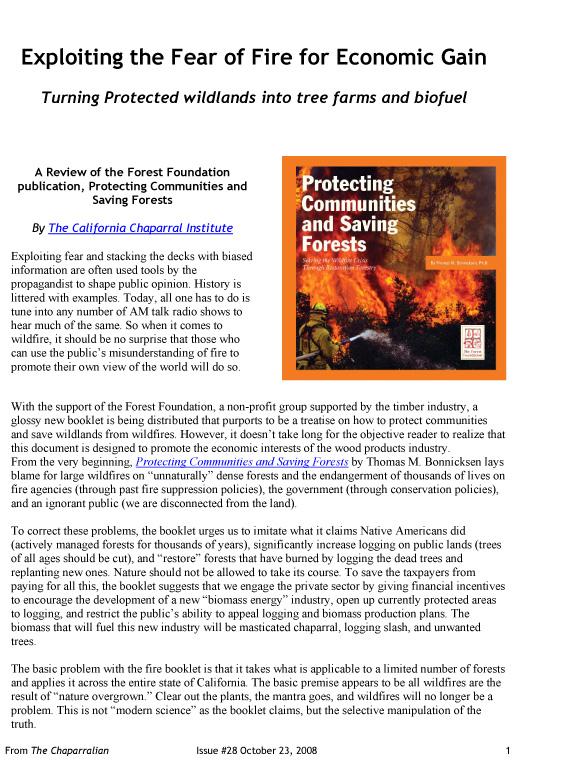 Forest Herbicides in California from the California Department of Pesticide Regulation

We rescue and rehabilitate wildlife, releasing them back to their  wild homes.

CORVALLIS, Ore. – The forests of the future may need to be managed as much for a sustainable supply of clean water as any other goal, researchers say in a new federal report – but even so, forest resources will offer no “quick fix” to the insatiable, often conflicting demands for this precious resource.

This new view of forests is evolving, scientists say, as both urban and agricultural demands for water continue to increase, and the role of clean water from forests becomes better understood as an “ecosystem service” of great value. Many factors – changing climate, wildfires, insect outbreaks, timber harvest, roads, and even urban sprawl – are influencing water supplies from forests.

Preserving and managing forests may help sustain water supplies and water quality from the nation’s headwaters in the future, they conclude, but forest management is unlikely to increase water supplies. 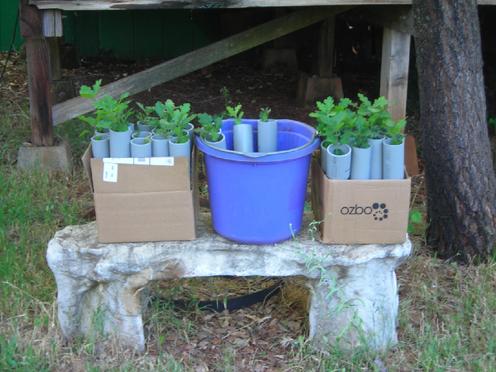 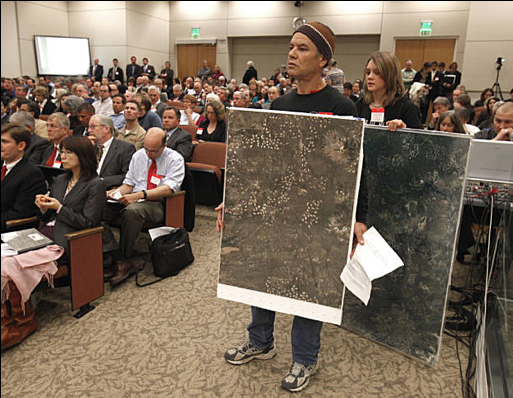 Please read the entire article and post your comments on our blog
http://blog.thebattlecreekalliance.org/2009/07/15/sierra-pacific-industries-settles-air-quality-case-with-ca-state-air-resources-boad.aspx

This paper looks at a amphibians as indicators of forest health. Clearcutting appears to have affected their population numbers up to 25 years after logging. 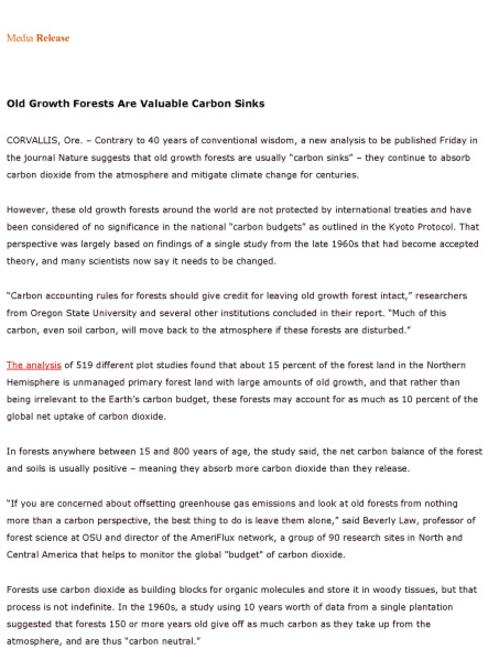 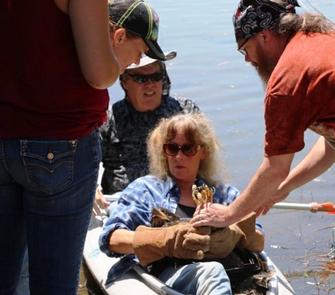 Environmental and Economic Costs of Pesticide Use here

A framework for integrating thermal biology into fragmentation research here 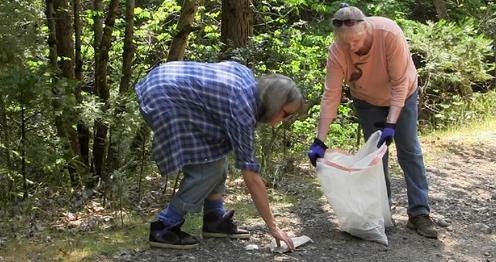 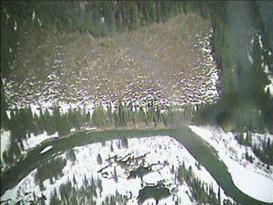 Members testify at an Air Resources Board Hearing regarding the Forest Protocols that allow clearcutting.

We collect data regarding water and soil temperature, water turbidity, and pH balance. Over 14,000 samples have been collected since 2009. 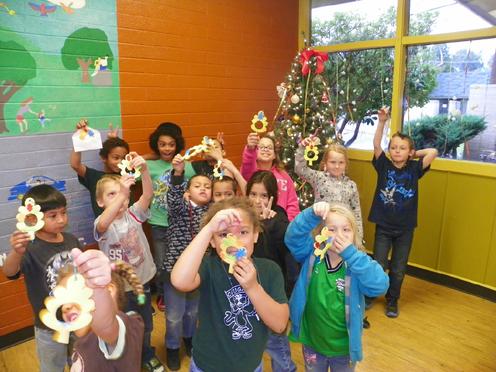 The notion that commercial logging can prevent wildfires has its believers and loud proponents, but this belief does not match up with the scientific evidence or history of federal management practices. In fact, it is widely recognized that past commercial logging, road-building, livestock grazing and aggressive firefighting are the sources for "forest health" problems such as increased insect infestations, disease outbreaks, and severe wildfires.

How can the sources of these problems also be their solution? This internal contradiction needs more than propaganda to be resolved. It is time for the timber industry and their supporters to heed the facts, not fantasies, and develop forest management policies based on science, not politics.

FACT: Commercial logging removes the least flammable portion of trees-their main stems or "trunks," while leaving behind their most flammable portions-their needles and limbs, directly on the ground. Untreated logging slash can adversely affect fire behavior for up to 30 years following the logging operations.

"How the West was Lost?" an  op-ed piece by Marily Woodhouse
about clearcutting California appears at this website....