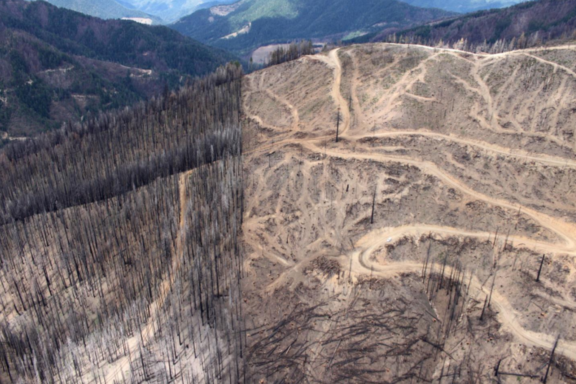 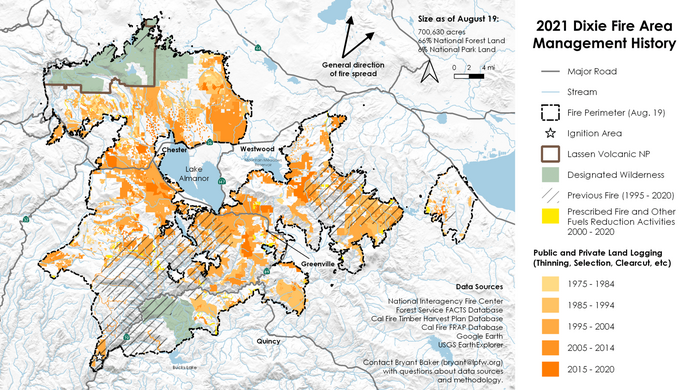 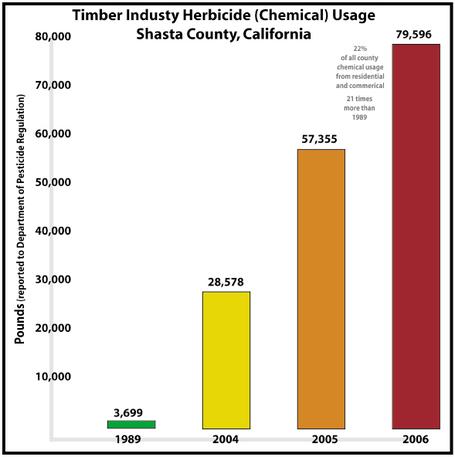 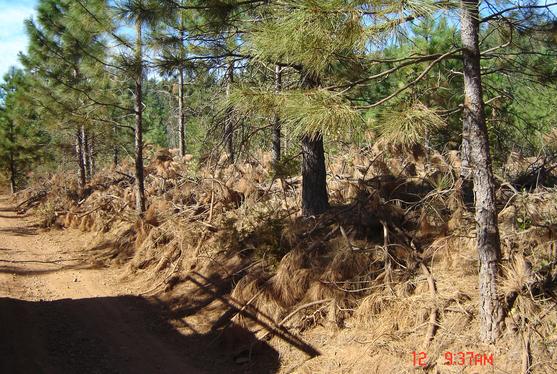 The map above details the logging and fire history of the 2021 Dixie fire area. It burned to the eastern edge of Battle Creek watershed.

The 2018 Camp fire near Paradise burned in places that had been heavily logged also. See the map and explanation at the John Muir Project: here

CalFire, as the lead agency which approves timber harvest plans, does not require specific disclosure in the plans of which chemical herbicides will be used, how often, or when. Only with lengthy, time consuming research can public members find this information, after the chemicals have been applied.

The chemicals in herbicides find their way into soils, where they may be toxic to insects, worms, fungi, and bacteria. These small organisms make up 95% of all known species, and are essential to both the structure and function of ecosystems.

Glyphosate (more popularly known as "Roundup") is one of the most commonly used herbicides. Contrary to expensive ad campaigns, it is not a harmless herbicide.

"Glyphosate and its degradation product amino-methyl-phosphonic acid have been found in air, rain, groundwater, surface water, seawater and soil. These studies show that glyphosate persists in soil and water for prolonged periods of time. In addition, the amount of glyphosate detected in samples is increasing over time. The chemical is accumulating in our environment. It also accumulates in animal tissue."  Article

As more forests are leveled by clearcutting in California, the use of herbicides continues on every year.  In California 258,000 pounds of chemical herbicides were used for forestry by 2006. Herbicides are sprayed on clear cut areas to keep the native plant species from regenerating and competing with the replanted single-species plantations. This destroys diversity and the food sources for many species of wildlife.

This graph represents Shasta County only 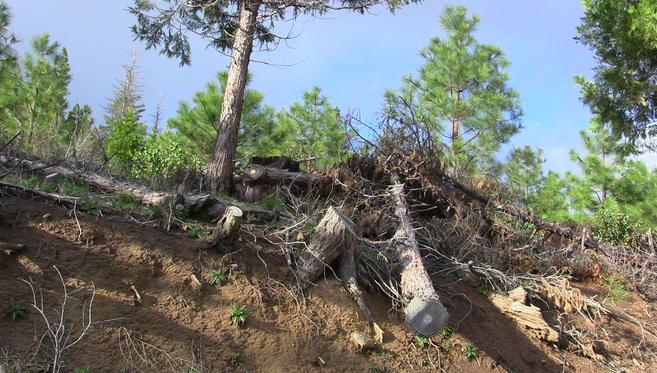 "Rising temperatures are creating drier conditions, stronger and shifting winds, changing precipitation patterns, lengthening fire seasons, and producing more frequent episodes of severe fire weather. All of these climate-driven changes in weather are increasing the ignitability and flammability of both live vegetation and dead fuels in ways that are increasing wildfire activity across broad regions of the planet. The best available science attributes the bulk of these changes in the fire environment and resulting wildfire activity to fossil-fueled climate change."

This photograph illustrates the difference in management of public lands vs. private industrial timberland. This land was burned in the Bagley Fire west of Big Bend, California in 2012 and photographed by the Redding Water Board in 2015. The land on the left is Forest Service land that had little disturbance pre-fire. The land on the right is industrial timberland that had been herbicided and clearcut pre-fire, and salvage logged post-fire.

Logging more will not reduce fires:   Why Calls for “Forest Thinning” are Timber Industry Snake Oil  by George Wuerthner here